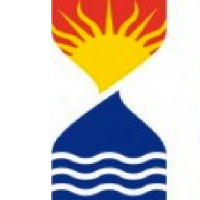 Perhaps the attraction I was most excited for on the third day of the Provincial Fair, the Ross Bay Cemetery, was just a short walk away from Government House in Victoria. Many students were apprehensive to participate in the tour around the graves, and I suddenly remembered when I visited the cemetery during my Provincial Fair back in 2013. Back then, I was pretty scared of all the dead bodies lying just a short drop below me, and it didn’t help that I had heard of the numerous ghost stories of the deceased. In speaking to some delegates (grade 5) before we started to learn about the cemetery, they agreed with me! However, I knew that something would change their opinion, just like it had for me: cleaning the gravestones.

As the various scrapers, brooms, and hoses were handed out, students set to work on clearing off lichen and moss from various gravestones. And, just like I had found four summers ago, it was actually pretty fun. Smiles slowly crept across their sweat-beaded faces, and seldom did someone take a rest break. The only thing that mattered was getting off as much dirt as possible, and as quickly as we could, and the sound of “scrape, scrape, scrape” filled the cemetery. Slowly but surely, graves were cleaned off. We could make out the letters previously covered by years of mistreatment; tiles that had become grey were suddenly marble-white.

How did the cleaning and restoring of the graves feel, exactly? Well, it’s best to hear it in the words of some delegates:

Ben (Victoria): “It was very rewarding to see the gravestones go from a darkish-grey to a very bright white (with a little bit of scrubbing!).”

Faaij (Richmond): “It was hard work, and there weren’t instant results. But it was actually fun, and satisfying.”

Cooper (Rivers to Sea): “It was definitely more fun than I thought, and I was able to contribute to the community!”

As for me, I felt an innate connection with the cemetery, and it really felt good to be able to contribute to the community.

I’d like to finish off with a little call to action: get a group of friends, along with some scrapers and brooms, and head to your local cemetery to help clean some graves (after making sure you’re allowed, of course!). Trust me – it’ll feel good. After all,  that’s what I told the delegates before they started cleaning!

One thought on “Ross Bay Cemetery”